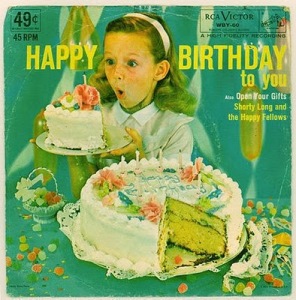 Born three years apart, my sister and I share the same birthday.  Today is that day.  As is the case 9 times out of 10, it is raining, damp, and icky.  The timing must have been great for my parents since they could then take advantage of 2-for-1 sales and just buy two of the same thing for birthday gifts – easy! As it happens, every seven years or so ( barring leapyear interruptus), our birthday also lands on Mother’s Day.

The path to hell is paved with good intentions, as they say. And I vividly recall the first Mother’s Day after my nephew was born – which also coincidentally landed on our birthday. Einstein here had the brilliant (and supremely naive/stupid) idea that my mum and I should fly to Toronto and celebrate this momentous event of motherhood and sisterhood together. My mum and sister could celebrate Mother’s Day together and my sister and I could celebrate our birthday. 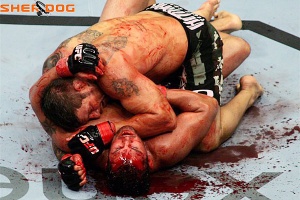 In a normal, emotionally and psychologically functional family, this would have been a touching, beautiful day. The reality of my family history is that it is rife with resentment, anger, denial and levels of toxicity that rival thallium or sodium chloride. So what could have been a delightful visit turned into an episode of Jerry Springer with yelling, cold shoulders, and tip-toeing on eggshells. And given that my father had long since died, I had no one to cling to, no one to turn to for civility and calm, no one to help me mediate this verbal, suburban UFC match. I remember sitting on the front steps of my sister’s house, chain-smoking, wondering how I ended up being genetically related to those two women, and why the only other family member I could relate to was dead. I often quip that my father died because it was the only way to get far enough away from this mess. That Mother’s/Birth Day was 18 years ago and it was the last time we ever spent celebrating anything all together – I decided it was probably best to just keep the two of them apart and not make any more suggestions.

This year (yesterday) was the first Mother’s Day without my mum. Despite the toxic relationship that we had, I was sad. Over the last two years of her life, Alzheimer’s took away her machiavellian tendencies, the narcissistic nature of her personality. People would often say how terrible it was that she had such a destructive disease, and they would look shocked when I told them that, for me, Alzheimer’s was a gift. They didn’t understand.  It gave me the opportunity to experience my mum in a gentler, kinder way. I would joke with her, tease her. I learned that I wasn’t named after two random nurses at the hospital where I was born*, but rather, after my grandfather’s favourite sister, who died young of reasons that were never discussed.  (*: clearly, this woman wanted to make sure that I felt insignificant, random, unloved – who tells their kid they chose the names of two strangers?)  It gave me the chance to see what she must have been like as a child, before life and people hardened her. It gave me the chance to understand her and to make up for the years when I wished she wasn’t my mother. It wasn’t that she was ‘always’ a horrible person, she could sometimes be quite kind. But when she was mean and/or drunk (which was about 3-4 days a week for about 15 years), she was bad – and her kindness sometimes came at an emotional or psychological price.

I’m convinced that living in close proximity to her fucked up, unethical, codependent, alcoholic family did not help. Because, growing up in South America, all my memories of her are good ones; it wasn’t until my parents moved back to Canada – and close to her family-  that all hell broke loose.   The truth was, she should never have had children.  I think she would have been happier like that; I know that I would have been.  (For the smart-asses who are thinking, “that doesn’t make sense – if you had never been born you wouldn’t have been able to be happy OR sad, you wouldn’t have ‘been’ at all..,” I say: have it your way.)

I’m sure she loved us in whatever dysfunctional way she was capable of, and, likewise, I loved her back in my own dysfunctional way.  How do you learn how to love properly, healthily, when you’ve never really experienced it?  It was only in the last years of her life that I learned that she never wanted to come to Canada.  That she was in love with a boy back home in Ayrshire, Jackie Martin. (This was corroborated by my Auntie Winnie, who still lives there and told me that Jackie had died several years ago, never having married.)   But, back in those days, you had to follow your parents, even at 19.  They were convinced that this country would offer greater opportunities – and given the Scottish economy, I’m sure it did.   From all accounts, my grandfather was a likable bookie and in and out of jail so often that the policemen knew him by name, and vice-versa.  He was the head ‘drinker’ of the clan.  My grandmother was a teetotalling, religious zealot who would give awkward sex-ed lessons over the phone to the effect of: “hen, it’s nine seconds of pleasure and nine months of pain….”  Apparently, Papa was a lousy lover  – and Nana did not enjoy the fruits of those seconds.  I see now how the concept of motherhood ran in that family.

My father was smitten with my mum.   Eastern Europeans have a reputation of being a bit cold, but when I found the photo albums he made when he was courting my mother, I realized that there was an immense amount of hidden passion in that man.  Maybe Czechs are the romantics of the Eastern Bloc?  Or maybe it was just him.  He once stood on the balcony, drinking his morning coffee, watching her walk to work, and thought: “there goes the girl I’m going to marry.”  But most probably in Czech.  So after 10 years and several marriage proposals that were refused, my father landed a job in South America and he left.  He then gave her an ultimatum:  I’m coming back for two weeks – either you marry me when I’m there, or you’ll never see me again.  Needless to say, her parents were like: you’d better marry the guy, he’s a catch and you’re not getting any younger!  And so, at the age of 36, my mother acquiesced and finally married a man who loved her… but for whom she probably felt little more than the love you would have for a good friend.  In that sense, I feel so sad for both of them.

I’m sure she did the best she could with the cards that were laid before her.  They both did.  And it’s only with the insight of an adult’s mind that I can understand her resentment, the drinking, and all the cruel things that came with it.  She was a very unhappy woman who drank to dull the pain and hit to have control over something, anything, in her life.  I don’t know if I can truly forgive her and I’ll probably never forget any of it, but I’ve been able to put it behind me and see her with greater compassion than I ever thought possible.  Which helps immensely.  Thank you, Alzheimer’s, for giving me two good, non-toxic years with my mum.

And so, it was bittersweet that I wasn’t looking for a Mother’s Day card this year.  In the past, I resented the mushy cards full of bullshit sentiment I couldn’t relate to.  I would spend hours pouring over cards, trying to find the most ‘neutral’ one.  I would dream up my own greeting card company for people who feel obligated to get a card, but appreciate honesty.   I had a whole series of blunt cards for all types of dysfunctional relationships and all types of occasions.   I should get back on track with that – there might be a niche market for that sort of thing.

But this year, I would have liked to have gotten her one of those mushy cards – because it would have been sincere.  She was virtually blind by the end, and she didn’t remember who I was, but I think she would have liked to hear that she was loved, how the memories over the last two years, although sad at times, were a gift – even if she couldn’t remember any of them.  That, before life and people prevented her from following her heart, before she became so unhappy, before regrets and obligations calcified an ugly veneer upon her, at her core, somewhere, lost, she could have been a beautiful woman.  And, despite the fact that I don’t have the rosiest of memories, that is how I will choose to remember her.